Lying During a Recruitment Process: Don’t 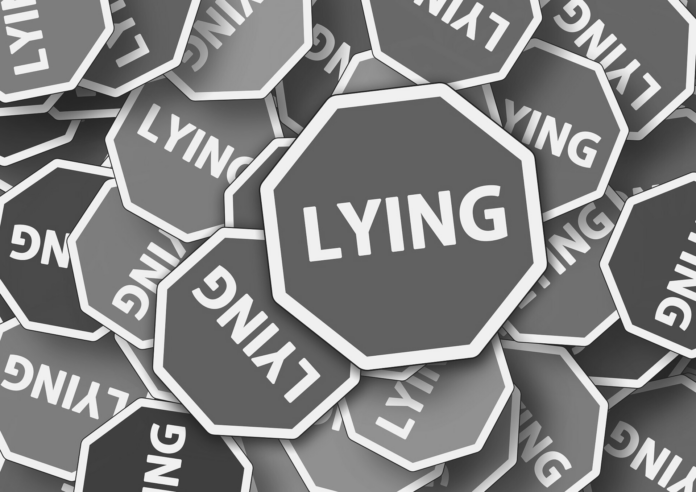 There is this movie from -hold my chair- 2009 called “The Invention of Lying” about a world where no one has ever lied. No one. Until someone saw the opportunity to lie for their own benefit. Resulting in them finally getting in a relationship with their crush, becoming a millionaire, and a whole bunch of things. Everything that happens in the protagonist’s life after lying is positive. However, that is not how real life works. During Recruitment processes, it is not uncommon to find people lying for their own benefit. Companies, Recruiters, Job Seekers. Unlike in that movie, it is obvious humans have the ability to lie. But where in the recruitment process can you find lies? And, what are the results of these lies? Let’s get into it.

Sometimes problems start at the root. Important things are left out of the job descriptions. Leaving things out during any process is lying by the omission of information. When we see a new job opening we rarely see if this is a position that has become recently vacant or if it’s a new position in the organization. We never see why the person that was holding the position in the past left. They do not tell us about what the leader or the team members are like. Work hours are often left out.

Omitting this information on a job description, which is very common, can lead to several problems in the future if the candidate accepts the position. For example, it can lead to high employee turnover, If they accept the position, but then come to a reality they were not expecting, they will most likely quit. It can also lead to lay-offs. Honesty is key to a good start. Maybe do not add it to the job advertisement, but for sure you should discuss these things during your first contact with prospects.

In the movie, I told you about earlier the protagonist is a filmmaker. In order to keep his job, he proceeds to make a documentary about an alien invasion in the 14th century. Which makes him very popular and then a millionaire. Job Descriptions are the initial opportunity the company has to position itself among prospects. Resumes are the first opportunity job seekers have to sell themselves to companies. We sometimes find people lying during the recruitment process. People lie on their resumes, playing with dates, job titles, exaggerating their skills, etc. Other lies also include Highlighting small courses as big diplomas. Or the job seeker may add things to their role they never actually performed.

Lying on your resume will only lead everyone to lose their time. Recruiters will source certain skills and if they are in your resume but you do not actually possess them, you won’t move on to the next stage. Even if you move on to the interview stages, your application may fall off the pipeline if you are not able to demonstrate things that are said on your resume. But let’s say you got far with lying on your resume and got the job. You will likely fail within the first few weeks when you are unable to perform the duties because you didn’t actually have the skills. Which will likely make you quit or get you fired. High financial losses to companies throughout the whole process.

So, a recruiter gain interest in a job seeker’s profile. They call them and start explaining the role they are contacting them about. Then they talk about the company. Lastly but very rarely they will talk about benefits and salary. Even though most recruiters are honest and like to do a good job. It is possible you will find ones that will only show you beauty, They will only talk about the good things in the role and the company.

Recruiters can be found lying during the recruitment process. If they do and the hiring is effective, then those job seekers will likely be stuck at a job they are actually not in tune with. Or that are overqualified for. Could also be stuck at a job where they feel overworked and there is no actual sense of schedules and work hours. The company can be stuck with an employee that is not completely happy with the organization.

Why Lying During the Recruitment Process is Not Okay?

I mean, I am pretty sure ever since we were children our parents told us lying was bad. I pointed out some examples of lying during the recruitment process, however by no means am I trying to say everyone does it. Sadly everyone has the potential of lying, and we need to be a bit skeptical. If it sounds too good to be true, it may not be true. To have an effective and efficient work relationship, employer-employee, we need to be honest. That is the key to success. The Recruitment process should always be driven to finding “the right fit” and it works both ways.

Lying during the process can be costly for an organization. If the company lies and the candidate takes on the job, then you will need to invest. Invest onboarding resources and capital. Time in training. And Salary resources. And this person will likely leave your company early because they are not the right match for the role. Wasting everyone’s time just because we decided to not discuss schedules, or personalities, or even salaries.

During the recruitment process companies as well as candidates not only need to be honest but also drive on-point questions. Ask about what is really a deal-breaker for you. And always answer with the truth when you get those questions back. Research the company. Research the candidate. Make sure you get a complete picture and you are not staying with just one piece of information.

How to Invest in Your Employees

When Should You Pause?

How can Hobbies Enhance your Resume?

Competency-Based Interviews in the Aquaculture Industry

Facebook
Twitter
Email
Copy URL
Previous article
How to Deal with Work Anxiety?
Next article
What Happens When Job Descriptions are Unclear?
×

You have of 3 free articles remaining.

Subscribe to our newsletter and get updates straight to your Inbox. Never miss a drop!

WeAreFeed part of WeAreAquaculture newtwork, part of The Talent Cluster group. A global HR consultancy specializing in the food industry across the following key sectors: aquaculture, seafood, fisheries and feed.

We Are Aquaculture, part of The Talent Cluster group. a global HR consultancy specializing in the food industry across the following key sectors: aquaculture, seafood, fisheries and feed.